The 7th (and final) project meeting of the Organic.Lingua project took place between 15-17 of January 2014 at the lovely premises of the newly built Library of Birmingham, hosted by BCU. Just one month before the end of the project, the consortium had an opportunity to meet for the last time and coordinate on the final details before the end of the project and the upcoming final review meeting (to be held in Luxembourg by the end of April 2014). The K-C team could not physically attend the meeting; however, Christoph and Dominik participated through Skype video calls when needed (focusing on the sessions on the UGC widget and recommendation service) and thanks to the facilities of the meeting room their participation was smooth. 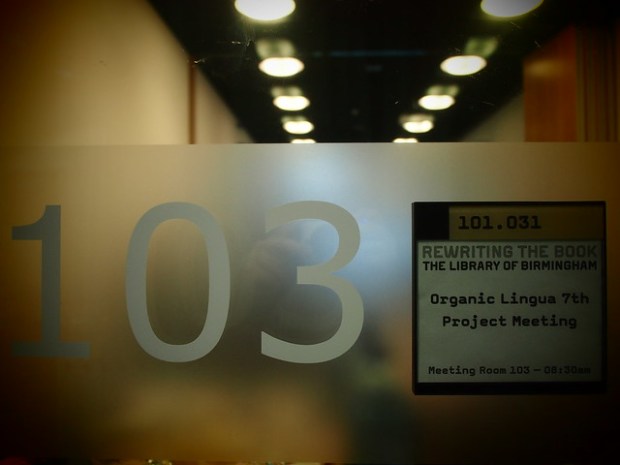 All aspects of the project were discussed per Work Package, pending issues were highlighted and solutions were proposed. All activities are planned for the next month and everything is expected to be completed by the end of the project. There were also several news in this meeting; Raluca Ionescu from the BCU team made her first appearance in an Organic.Lingua project meeting after a long-time involvement in the project, replacing Ben Cave, the usual representative of the BCU team (who was attending the agINFRA project meeting in Budapest at this time). At the same time, it was Katharine’s last involvement in the project, as she has a new placement and Ben Wells from BCU will be replacing her until the end of the project.

The meeting was full of nicely organized events as well; kudos to the local organizers for that!  The first day included a short visit to the Shakespeare Memorial Room at the top of the Library, which provided an insight to the Shakespeare’s work and also a magnificent view of the city (which was heavily photographed by the project partners!). It also included a well-accepted dinner at a restaurant next to the canal. The 2nd day included an amazing tour in Birmingham, focusing on the music history of the city, which proved to be really rich (and much richer that we initially though!). Our guide was Jez Collins from BCU, a person heavily involved in the cultural activities of Birmingham and really keen on promoting the city’s cultural history (also the founder of the Birmingham Popular Music Archive).  Jez used his knowledge, experience and combined with photos and videos from his iPod in order to introduce us to hidden spots of high interest in the city. 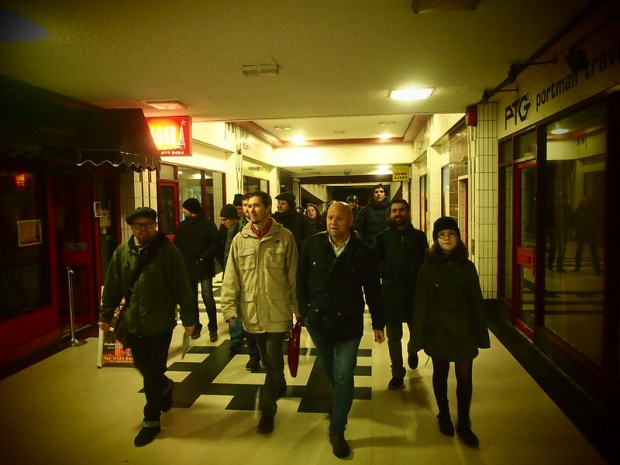 Overall it was an amazing experience, combining three days of intensive collaborative work and social activities. Many thanks to the BCU team (mostly Katharine Fuller) for organizing everything so nicely and arranging the accompanying social activities; it was one of the best project meetings ever!

You can find additional information about the meeting in the interesting blog post by Salvador Sanchez (the coordinator of the project) in the IEUAH blog. Photos from the meeting can be found at Flickr. 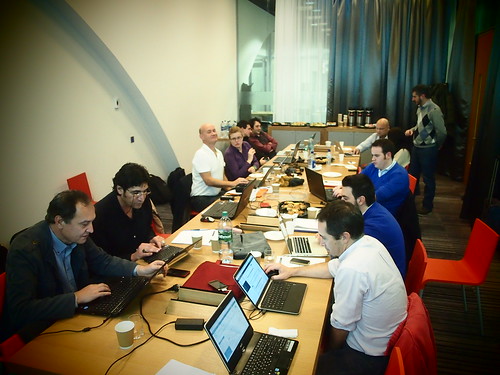 agriMoodle: The “green” version of Moodle