The 1st joint CIARD/GODAN Consultation meeting took place between 22-24/4/2014 at the FAO Headquarters at Rome, Italy. This was an invitation-only meeting, aiming to bring together people from the CIARD initiative as well as the GODAN (Global Open Data for Agriculture and Nutrition) representatives in order to investigate the opportunities for close collaboration. In this context, having three members of the Agro-Know team participating (Nikos Manouselis, Effie Tsiflidou and me) was a significant privilege and we tried to make the most out of it.

In my opinion, one of the biggest success of the meeting was the fact that it managed to bring together so many policy and decision makers, initiative and community leaders etc., who sat at the same table and tried to explore  ways of collaboration between these two large-scale initiatives. The list of participants included people from (among others):

as well as our good friends from FAO (Johannes Keizer, Imma Subirats, Caterina Caracciolo and Thembani Malapela), INRA (Odile Hologne and Esther Dzale), WUR (Hugo Besemer and Sander Janssen) etc. – I hope that I have not forgotten anyone but it seems impossible to fit everyone in a short blog post. There were participants from Europe, USA & Latin America, Asia and Africa, covering almost all regions. 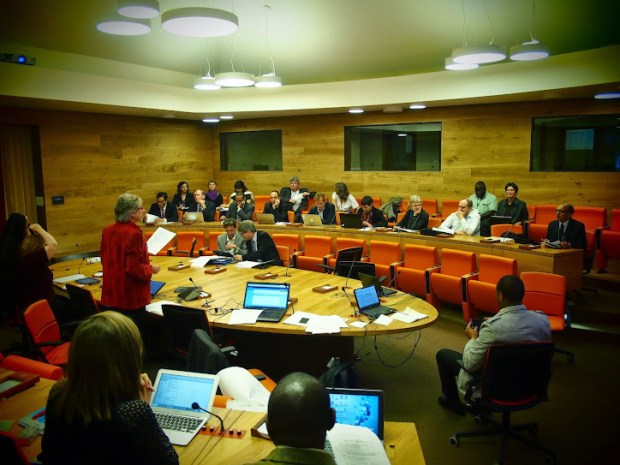 Johannes Keizer (FAO) during a session of the meeting

The main objective of this joint meeting was for the participants to identify the ways which would enable the seamless collaboration between these two initiatives, minimizing the effort and time needed for common work and eliminating the duplication of effort. The sessions showed that there is common ground for that and that the collaboration of CIARD with its large user base, technical expertise and connection with numerous user groups (from farmers to ICT experts in agriculture) and GODAN with its highly political-level profile and involvement of policy and decision makers would significantly lead things forward towards opening up agriculture and nutrition data and making them available to all stakeholders. Apart from that, there were sessions showing advances in the area of open agricultural data; for example, I really enjoyed the joint presentation of Johannes Keizer (FAO), Simon Liu (NAL USDA) and Martin Parr (CABI) about the Global Agricultural Concept System (GACS), an effort for aligning the three major vocabularies used in the agricultural sector, namely AGROVOC (FAO), NAL Thesaurus and CABI Thesaurus. 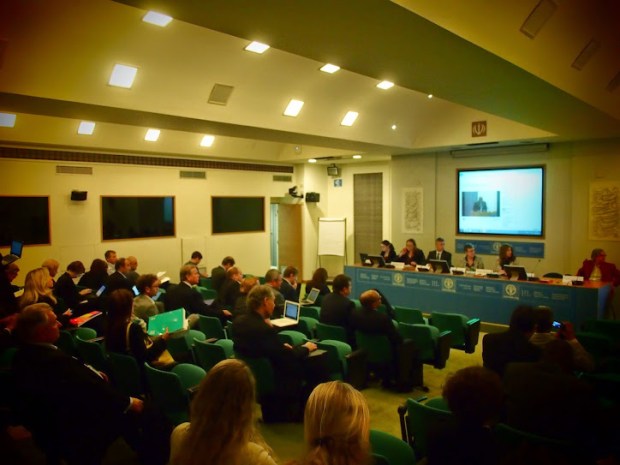 During one of the Plenary Sessions of the meeting

The agenda included presentations, lectures, workshops, plenary sessions & parallel ones, remote participation of speakers, discussions and exchange of information, interactive sessions etc.; the latter e.g. provided the opportunity to the participants to indicate what they could bring to the community in terms of contributions (e.g. tools, policies, collaborations, standards etc.) while at the same time stating what they are currently missing and would appreciate receiving from other partners.

Agro-Know had its part in the meeting; 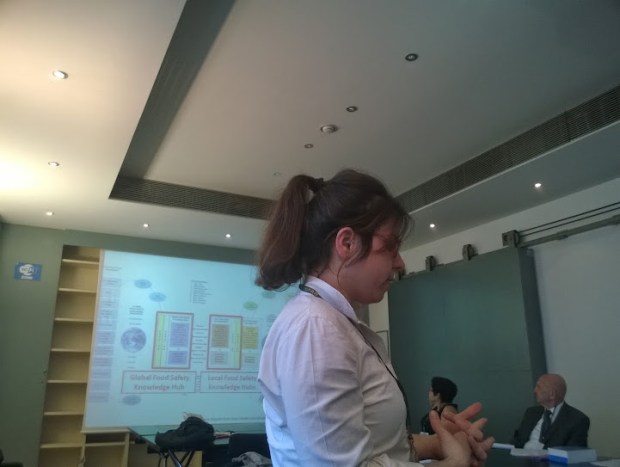 In addition, we had the opportunity to get to meet and have extremely interesting conversations with several people, like Kevin Gamble from the Michigan State University, Laura Meggiolaro from Land Portal, Kim Mallalieu from the Caribbean Open Institute and Federico Sancho from the Inter-American Institute for Cooperation on Agriculture (IICA). Of course the list is much longer but it is hard to mention everyone here…

The meeting achieved its goals; however, more solid outcomes should be expected in the next months, and presented in the next joint consultation meeting of CIARD & GODAN, which is expected to take place by the end of this year with the exact date and location not yet defined. By then, it is expected that issues such as the definition and operation of a common Secretariat for the two initiatives (coordinating the joint activities), the formulation of the processes through which the joint activities will take place as well as the definition of the role of each initiative in this common framework, will be defined and described in details, allowing the full potential of these initiatives to be unleashed. Agro-Know will surely be there, supporting both the organization of the event, as well as actively contributing to the discussions.

You can find photos from the event at the Agro-Know Flickr photostream.

Reporting on the EIP-AGRI Workshop on Data Sharing

From global challenges to local ones: linking communities around the world

Here is your call – Come and join forces!

Can Europe lead a data revolution in agriculture and food?